The first is the base wine plus various soft drinks, such as: vodka plus orange juice, dried ginger water, cranberry juice, lemon juice, gin plus tonic water, rum plus cola, dried ginger water, whiskey plus soda, all of the above A very popular mixing method, the ratio is generally 1:3 (except for vodka and lemon juice). Drunks like me are all 1:2, depending on personal taste; the above is suitable for lazy people to mix at home, even shake the wine You don’t need a jug, but ice is indispensable. It is especially suitable for partying and drinking. Well, if the two ingredients are not enough to drink, you need to buy a hip flask. At this time, I have to mention three After learning it, I’m not afraid to remember the proportion of various headaches in cocktail recipes.

This bottle is also one of MB’s largest sales of this brand of sweet wine Branch, TRIPLE SEC (hereinafter referred to as TS) means “three times spicy” in Chinese. Indeed, it is the one with relatively low sweetness among the three, and the taste is not as strong as the other two bottles. 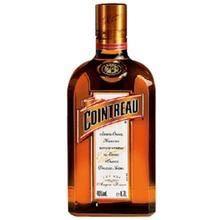 COINTREAU (hereafter referred to as CO) is called “Coindus Orange Wine” in Chinese. It is rated as the best brand of orange peel wine. It is sweet and rich. Many wine profiles do not write white orange peel wine, but directly specify Cointreau orange. The status of wine can be seen from this. Cointreau Orange Wine is in the middle of the three bottles of orange wine, and the aroma is dominated by citrus… It’s a bit like citrus peel after a period of time.